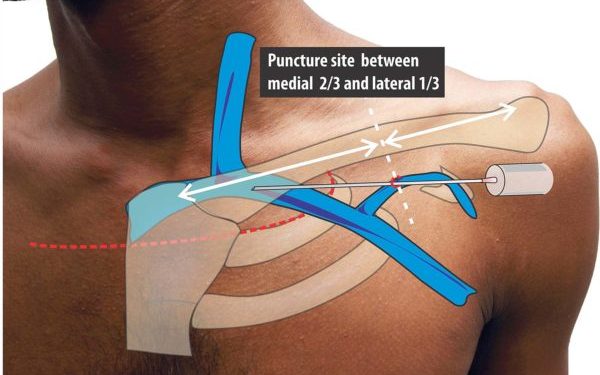 Cannulation of the subclavian vein

Cannulation of the subclavian venous system is often performed during central venous catheterization (CVC). It has several advantages including lower rates of thrombosis and CVC-related sepsis. The procedure can also be easier for the nursing staff, as there are fixed landmarks. However, cannulation of the subclavian vein is not without risk, including hemothorax and pneumothorax.

A landmark infra-clavicular approach was used to cannulate the subclavian vein. The clavicle and sternal notch are landmark points. The needle should be inserted at a point between the clavicle and first rib. The appropriate point to puncture is 1-2 cm below the clavicular transition point. Next, the needle should be advanced parallel to the floor and enter the subclavian vein.

In a recent study, the authors reported a decreased complication rate after Doppler guidance in 98 patients. The study also identified factors that predict successful cannulation. For example, anaesthesia was more expensive than a standard catheterization, and Doppler guidance significantly reduced the need for IV fluids. Cannulation of the subclavian vein was more difficult when patients experienced severe hypotension, and the presence of arterial blood flow was difficult to monitor.

Cannulation of the subclavian is an important procedure for central venous access. This vein can be difficult to access because of its location. It may also be difficult to recreate pulsatile blood flow while in shock. This method is recommended for temporary non-tunneled central lines. Although it is technically more challenging, ultrasound evaluation of the subclavian vein reduces the risk of venous thrombosis and pneumothorax.

Thrombosis of the subclavian vein

Thrombosis of the subclarial vein can be a complication of thoracic outlet syndrome. This condition, also known as Paget-Schroetter syndrome, occurs when the subclavian vein experiences repetitive compression during exertion or arm elevation. A thickened wall and scar tissue form, resulting in thrombosis. In young and active individuals, Paget-Schroetter syndrome is common.

Thromboembolism results in upper-extremity symptoms such as arm fatigue, distal ischemia, Raynaud’s phenomenon, or stroke. This condition can also occur due to trauma caused by a bony abnormality. An abnormality may be a cervical rib, long C7 transverse process, articulated first rib, or clavicle fracture.

A patient who underwent intracardiac repair for Tetralogy of Fallot underwent contrast-enhanced computed tomography. She presented with pain on the left side of her neck, upper arm, and shoulder. Post-contrast CT showed thrombosis of the subclavian vein and left internal jugular vein. The patient was prescribed anticoagulants for 3 months.

A physician may recommend thrombolysis to remove the clot. Thrombolysis will clear the clot from the subclavian vein and collateral veins. The procedure also results in marked improvement of the venographic appearance of the SCV and prompt reduction of venous obstruction. Thrombolysis and anticoagulation alone carry a significant risk of recurrent thrombosis, and recurrence has been reported in as many as 50% to 70% of patients.

Symptoms of thrombosis of the subclavian and axillo-subclavian veins include sudden pain, swelling, and cyanotic discoloration. In most cases, the condition results from a physical activity that involves repeated overhead arm movements. Depending on the cause, the patient can receive thrombolytic therapy or undergo thrombectomy to remove the blood clot.

Thrombosis of the subclaavian vein is an important complication of an inflamed axillary-subclavian vein. The condition can lead to amputation of a portion of the first rib or an additional resection of the entire subclavian vein. Treatment options for this condition may include thrombolytic therapy, catheter surgery, or angioplasty.

Current treatment approaches for SCV effort thrombosis focus on early diagnosis and catheter-based thrombolytic therapy. A multihole catheter is placed directly in the axillary-subclavian vein thrombus. The thrombolytic agent is instilled through the catheter for 24 to 48 hours, with follow-up venograms to monitor progress. However, thrombolytic therapy is often unsuccessful and results in poor results.

Success rates for cannulation of the subclavian vein

In the present study, success rates for cannulation of the subclavians vein were determined by using multiple measures. First, we analyzed the number of attempts. There was no significant relationship between number of attempts and success, or the gender of the patient. However, we did find a strong association between successful cannulation and the visibility of the clavicular head on the chest radiograph. We also analyzed correlation between number of attempts and height, weight, and visibility of the sternocleidomastoid muscle.

Several approaches use ultrasound for cannulation. One novel technique, the supraclavicular approach under real-time US guidance, may be superior to ultrasound-guided jugular vein cannulation in certain patients. A case report describes a US-guided subclavian vein cannulation in a neonate with short neck and diffuse edema. The case described in the study was not the first of its kind; there are many more similar cases.

The success rate of supraclavian vein cannulation performed with ultrasound guidance was high in this study, suggesting that ultrasound can be used as a rescue technique when surface techniques are unsuccessful. We used a real-time in-plane ultrasound-guided supraclavicular subclavian vein cannulation technique, and we evaluated its usability and duration of placement. We noted no inadvertent arterial puncture, and the catheter was usable prior to sternal retractor expansion.

There are a number of advantages to cannulation of the subclavian, compared to other anatomical sites. However, this site is associated with higher complications, especially when ultrasonic visualisation is difficult. Nevertheless, we recommend the use of ultrasound-guided subclavian vein cannulation techniques when central venous access is necessary. In our studies, the subclavian vein is an excellent candidate.

In the recent study, we found that US-guided subclavian vein cannulation achieved better results than landmark-guided technique in critical care patients. Compared to the landmark-guided technique, SCV cannulation performed with US showed a higher first-pass success rate. The data were analyzed using Student’s t test, chi-square test, and Fisher’s exact test, and all were significant.

Another study looked at the effectiveness of ultrasound-guided cannulation of the subclavian. Compared to the landmark-guided method, the US-guided approach led to higher success rates and less complications. The patients also had fewer interruptions in mechanical ventilation and fewer post-procedural chest X-rays. This is a good thing, but there’s still no proof that ultrasound-guided cannulation is more effective. 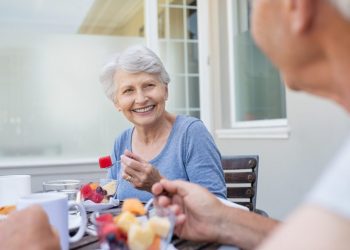 Dairy and its source: Dairy refers to a group of food products derived from the milk of mammals, primarily cows,... 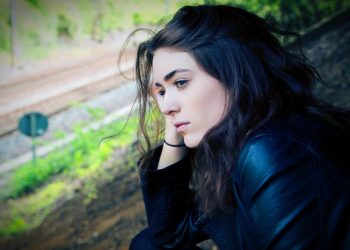 Depression can be debilitating, diagnosed or not. A diagnosis can, however, at least inform you of your situation so that... 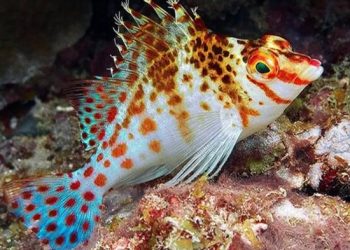 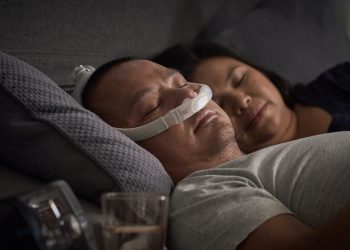